I wasn’t planning on getting into the controversy over the film tax credit. What could I say that hasn’t already been said with a combination of passion and reason by the 2,000 souls who demonstrated at the legislature last Wednesday? How could I improve upon the multi-part blogs of Graham Steele who, as Minister of Finance had fended off the same dreaded departmental  bean counters who had finally found an ally in the current boss, Diana Whelan? What more can be said about handout-enriched billionaire John Risley’s colossal hypocrisy on the subject? And how can one add further commentary to the undeniable truth that in reducing the film tax credit to a shadow of its former self, Premier Stephen McNeil would be breaking – and then grinding into the dirt –  a campaign promise made for the primary purpose of gaining support in the film industry?

I thought all of the angles were covered, at least for now, and we could await the denouement in the weeks, months and years ahead. But then I came across the message track the Premier was using last week when his government’s attack on the film and television industry dominated question period in the legislature. He fended off opposition questions with the claim that “as the credit was going up, we were actually getting less and less of the national business. ” That was a pretty bizarre defence. If the film and television production business in Nova Scotia is shrinking, why would you bring in changes that will make things worse? However, no one challenged McNeil, and the state of the industry’s health was glossed over as the different sides threw around numbers about the government’s return on its tax credit investment.

As it turns out,  there are at least two sets of numbers that back up McNeil’s assertion of an industry in decline.  One is from Statistics Canada, the other from the Canadian Media Production Association (CMPA), an industry organization, which publishes annually its Economic Report on the Screen-based Media Production Industry in Canada.  The facts and figures in the latter report are compiled by the Nordicity Group, a long-established media consultancy, using data from Heritage Canada, the CRTC, CBC and an association of provincial funding agencies.

Statistics Canada measures a smaller segment of the industry – for example it doesn’t count productions made in Canada by foreign producers – and its numbers go only through 2011. However, StatsCan shows a similar pattern of revenues dropping from an average of  $68.4 million from 2007 to 2009 to $54.8 million in 2010 and $58.2 million in 2011. Nationally, the CMPA data show that the industry was down in both 2008 and 2009 but, unlike Nova Scotia, it bounced back in 2010. StatsCan shows something similar, but the national rebound does not occur until 2011.

So McNeil was mainly correct – in recent years, the numbers show that the trend in the industry has been downward in Nova Scotia and the post-recession slump has lasted longer here than it has nationally. One cause of this may be the value of the Canadian dollar, whose increase coincided with the slump in the industry. This theory is bolstered by the fact that foreign location productions brought in an average of $53.8 million a year to Nova Scotia from 2004 to 2009 but only $27.6 million on average in the five years since. The recent drop in the value of the dollar may mean that the upturn experienced in 2013-14  will continue – provided the government blunts its attack on the industry.

However, the same numbers that show the recent drop also show that the provincial government’s response – kick the industry when it’s in decline – is absolutely wrong. The mis-named film tax credit – it is in fact a wage subsidy – has been, despite recent trends, a great success. Because Nova Scotia pioneered this approach, we have been able to punch well above our weight in the TV and film industry. Nordicity’s numbers, adjusted for population, show that on a per-capita basis we are almost in the same league as Quebec, Ontario and British Columbia, sitting in fourth place, well ahead of any other smaller competing province. Using a ten-year average 2004-05 to 2013-14, annual per capita revenue in Nova Scotia was $126, behind only Ontario at $160 per capita, Quebec at $163 and British Columbia (with its major influx of foreign productions) well ahead at $330. Manitoba is fifth at $71 per capita.

When foreign productions are removed from the numbers compiled by Nordicity, Quebec is the leader in Canadian-produced film and TV production at $103 per capita, followed by Ontario at $80, B.C. at $79 and Nova Scotia at $61. The next closest province to us is Saskatchewan at a $35 per capita average over 10 years. But Saskatchewan killed its subsidy program, with predictable results, a 60% drop from an average of $50 per capita 2004-05 to 2008-09 to $20 per capita since. New Brunswick experienced a similar fate when it zapped its  subsidy program in 2011 – a year-over-year drop of 56% according to the CMPA report – and is now considering restoring it.

To some extent it is understandable that jurisdictions like Saskatchewan and New Brunswick would, by killing their wage subsidies, let ideology trump common sense. They got into the game late, and unlike Nova Scotia, were not very successful in building an industry. This is not the case with Nova Scotia, which has an industry that among other things, provides jobs for young and talented people, brings in dollars from outside and gives our small province a foothold on a Canadian media landscape historically dominated from elsewhere. Instead of  following the example of the losers and retiring from the field, the obvious thing to do is to build on the legacy of success. But part of that process should involve acknowledging and dealing with the challenges that the industry was facing even before the Liberals decided to take their ill-advised whack at it. 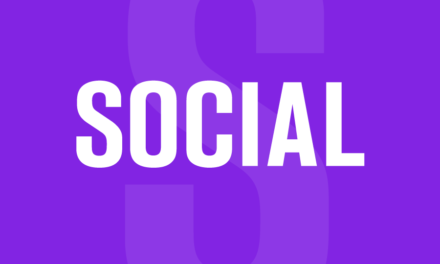 Job losses: Don’t just stand there – do nothing!